Oral history books fascinate me. Apart from the rigor of academic reporting on the facts, the emotion, memory and perspectives of real people combine. If you ask ten people about the same event, they’ll all tell you something different, and I bet most of them will be correct.

We all remember things a little differently. Oral histories give us as a civilization a chance to look beyond agreed facts and envision broader points of view and perspectives. We’re used to the heroism of extraordinary adventurers, but the ordinary voice can be just as extraordinary, just as crucial, when given the space to speak. Never easy to read, oral histories are a challenge, but I always feel like I’m learning more than I thought.

Oral history occupies a strange niche in literature. Oral story writers often feature stories they’ve gathered directly from others, and sometimes don’t include their own voices at all. Many oral historians strive to provide a pedestal for voices that would otherwise not be heard at all. These collections rarely have the name on the cover.

Oral histories are extremely specialized, research and time consuming; many of them are published by academic presses and there is no fame in the business. I wonder if the demands of extensive research and the lack of immediate commercial potential keep publishers away from oral histories – and if collectors are not well funded to spend the time needed to produce the work, how many “ordinary voices” Are we losing?

We can assume that, as in all other fields of publishing, oral historians who are female, LGBTQ +, or people of color may suffer from additional lack of investment and access. Now that oral histories have won the Nobel Prize, I hope future publishers will take great leaps of faith to publish more.

Newsletter on the past

Sign up for our weekly historical fiction newsletter! Launch in September 2021.

By registering, you agree to our terms of use

Troubled Times: An Oral History of the Great Depression by Studs Terkel

Hard times is a first-person account of the Great Depression by people from a wide range of socio-economic backgrounds. That in itself makes it an amazing read, a true window into a wide variety of lives, many of which would never be considered extraordinary enough to be considered at all. Terkel has long been praised for his contribution to oral history in the United States and won a Pulitzer for the (obviously also brilliant) The good war. 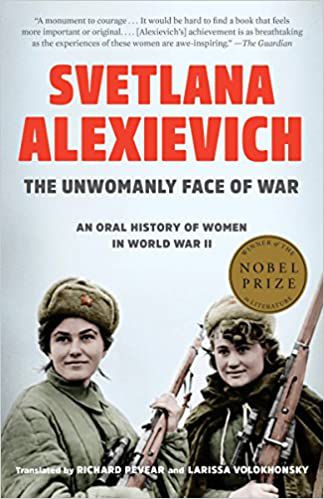 The Unfeminine Face of War by Svetlana Alexievich

Even if you’ve never heard his name, you know Alexievich’s work – The Chernobyl Prayer was one of the key texts viewed in the HBO production Chernobyl. She received the Nobel Prize for Literature in 2015 “for her polyphonic writings, a monument to suffering and courage in our time”. Using only the voices of those she interviews with little comment or perspective, Alexievich really brought out unfamiliar voices. The non-female face of war tells the stories of Soviet women who lived during WWII – on the front lines, at home and during the occupation. They’re nurses and captains, snipers and soldiers we’ve never heard of before – and oh boy, that’s a prospect fin. 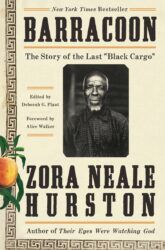 In 1927, Hurston spent three months interviewing Cudjoe Lewis (born Oluale Kossola), the last suspected survivor of Middle Passage. Barracoon originally he struggled to find a publisher because it was written in the vernacular – and perhaps because Kossola told hard truths about the deeper machinations of the slave trade in Dahomey, the intermediaries and local seafarers who actively participated in the process. Barracoon is brilliant because Hurston stepped aside, giving his interviewee the right to be both subject and narrator. 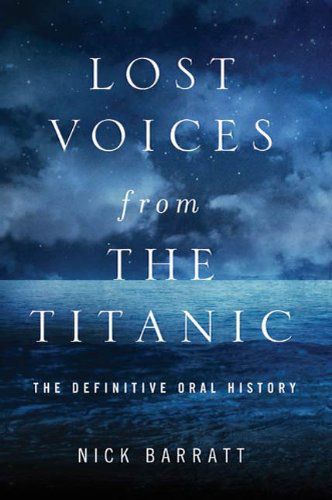 Barratt takes the reader from the design of the Titanic on the White Star Line to its construction at Harland & Wolff. The reader embarked on the maiden voyage in April 1912, seeing the opulence of first class and the aspiration of tween decks. We are on board as the ship hits the ice and sinks into the frigid Atlantic. The story told by the passengers and crew is a true horror, taking the reader far beyond the Hollywood-style manifestations we think we know so well. 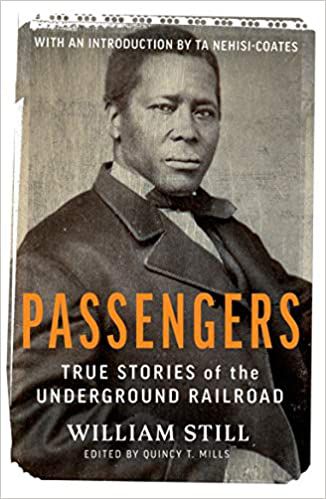 Passengers: True Stories of the Underground Railroad by William Still

This is an abridged oral history of the Underground Railroad, adapted from Still’s 1872 The Underground Railroad Archives. The passengers tell about the method and the organization, the deep risks and the sacrifices made to free as much as possible. The descriptions are strained because they are real – and no one was better placed to record them than Still, who has helped up to 800 people enslaved to freedom. He kept his meticulous files secret, with the aim of using them later to reunite families. 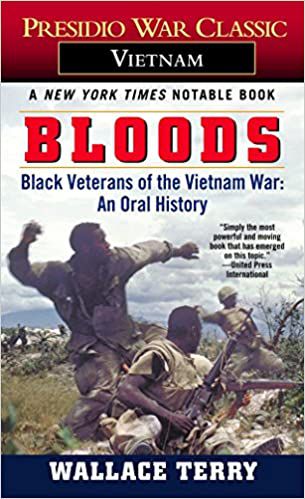 Twenty black men recount how blacks were sent to Vietnam in disproportionate numbers and the challenge they faced in being patriots. While many people know of the backlash of anti-Vietnam War activists, deeply unpopular over the years, the voices of black soldiers are a key context that usually goes unheard. Black soldiers fought alongside the Klan for an America that saw them as unequal at home. Almost every word is a cold slap. Some things should be required reading. 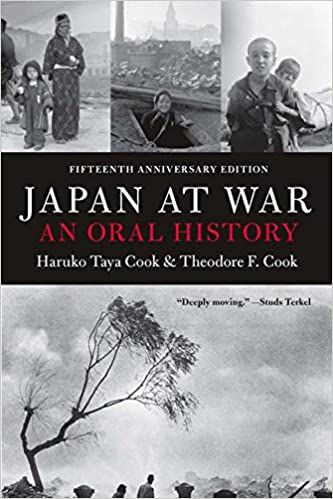 It was the first book to tell the stories of ordinary Japanese during WWII. Beginning with the Manchurian Incident in 1931, the authors provide essays on key events, supported by oral histories, giving the reader a broad understanding. There are stories of suicide bombers, frontline fighters, school children and women telling the story of the war, all the way to Hiroshima and Nagasaki. One of the main takeaways for me was the fact that few interviewees could make sense of their losses and sacrifices. At school, they told us about Pearl Harbor and Enola Gay. They have done us and the Japanese people a huge disservice. 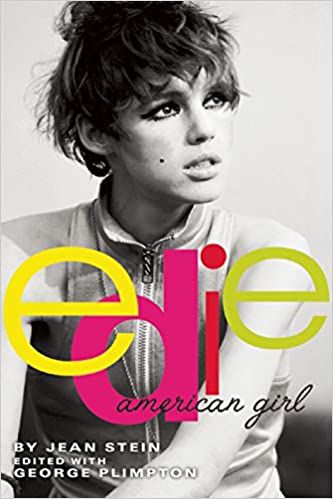 In the 1960s, Edie Sedgwick exploded in the public eye, capturing the attention of the masses with her effortless glamor and lively youth – but it was not to last. Stein brought together stories of friends, rivals, family, and lovers to chart the course of a short-lived superstar. It’s a sad read and significantly tarnishes the ’60s pink plating.