In sync: two Brandeis students skate through the history books.

Evan Israel ’24 and Sami Winawer ’23 are members of Hayden Select, a team of athletes looking to bring this unique form of skating to the Winter Olympics.

Twelve members of Hayden Select have competed in the Coupe de France. Evan Israel ’24 skates in the front row (seen as the third skater from the left)

Evan Israel ’24 steps onto the ice, takes a deep breath, and waits for the music to play to begin his routine. But unlike individual figure skating, she is not alone. As the music begins, she moves in perfect sync with 11 other skaters.

As she twists through intricate tricks, she spots Sami Winawer ’23, not just a member of the team, but her classmate Brandeis.

Synchronized figure Skating isn’t a club sport in Brandeis, but with the help of Israel and Winawer, it could be part of a future Winter Olympics.

The sport is not what spectators are used to seeing in figure skating. Synchronized Figure Skating involves 8-16 athletes skating in precise sync, in a choreography routines of pirouettes, formations, lifts and complex movements.

Due to the travel cost of each skater on the team, the sport was not featured in the Olympics. Israel and Winawer are members of Hayden Selecta team in the new Senior Elite 12 division looking to change that.

The team, made up of 17 skaters from across the country (including a member of the international team), is part of the first division to compete on the ice in groups of 12. 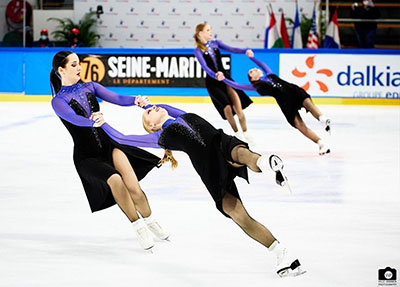 Evan Israel ’24 holds his teammate in a pose as she skates in the Coupe de France competition.

By showcasing the performance of only 12 skaters at a time, the division hopes to gain recognition from the International Olympic Committee. The International Synchronized Skating Union is in the process of submitting documents and actively campaigning for Olympics approval in hopes of bringing the sport to the games in 2025.

The team has had some significant successes lately, clinching a gold medal in France at the French Synchronized Skating Cup February 4. The Coupe de France was among the first competitions for the Elite 12 team. They spent the week in France, training daily and spending time together as a team.

“We can say that we competed in the top 12 Elite Division and became the first champions,” Israel said. “We write history.”

For Israel and Winawer, this competitive year was not the start of their elite skating experience. Both started international competition at a young age. 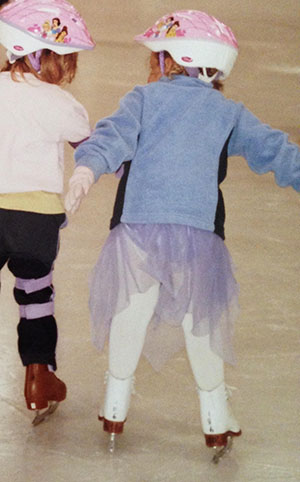 Winawer, double major in Politics and american studies, started skating at the age of 3. She competed in individual competitions until she discovered her love for synchronized skating at age 10. In her last year of high school, she participated in international competitions.

She brings her time management skills at Brandeis to her busy schedule growing up. “I was in team training four days a week with two additional days of individual training“Winawer said. “It’s a challenge to handle it all, but something I grew up with.”

Winawer competed with Hayden Synchro teams since college. Each competitive trial process includes intensive ice and fitness evaluations. The chosen skaters are then assigned to the team best suited to their abilities. In 2021, Winawer and Israel were selected to join this new division. 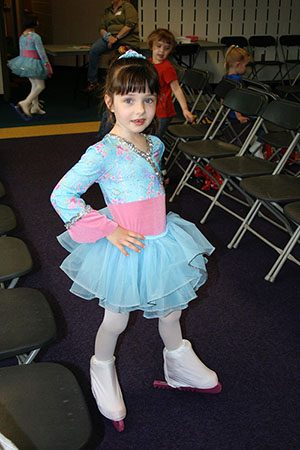 Israel, a business major, started skating when she was 4 years old. She started synchronized skating just a few years later and has been hooked ever since. “I love Synchrony because it allows me to work with my friends rather than compete with them,” Israel said. “It really is a team sport.”

After competing in many skating competitions in Boston, she knew she wanted to attend the local college. The Maryland native visited many schools in Massachusetts, but found herself drawn to Brandeis because of its tight-knit community. “I could tell as soon as I visited the campus that Brandeis was an incredibly welcoming place,” she says.

She was named to the Hayden Select team in the spring of 2021. It wasn’t long before Israel realized that one of her teammates, Winawer, was a classmate at Brandeis. “It was really great getting to know each other,” Israel said. “We carpool to practice together from campus. 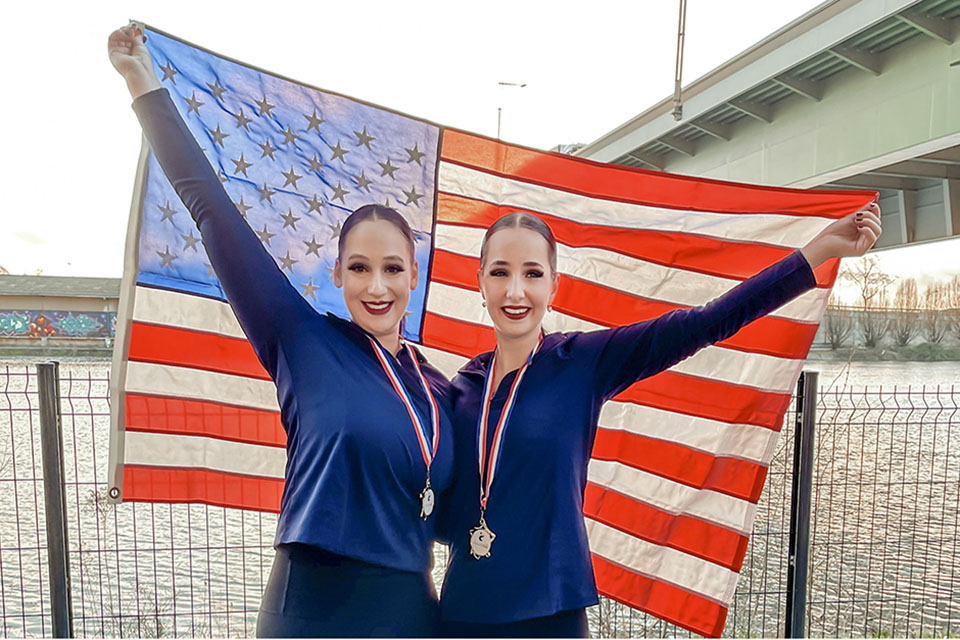 Sami Winawer ’23 and Evan Israel ’24 pose in France with the American flag.

The team has a busy schedule, training four times a week and competing around the world throughout the year. Israel and Winawer balance full-time class schedules with their weekly practices and believe the Brandeis community supports them. “I really like the friends I’ve made on campus,” Israel said. “It’s so great to see my housemates cheering me on in the stands.”

In addition to their Brandeis friends who attend their exhibits and cheer them on, the two are also encouraged by their teachers.

“Our teachers have really supported our skating,” Winawer said. “Every time I tell them, they’re excited to know more.”

Although Winawer and Israel may not have the chance to compete in the Olympics, they hope their team will have an impact on the future of the sport.

“I hope to be in law school by then,” Winawer said. “but watching from home, i’ll be really proud to have helped pave this way.”