One of the reasons I decided to start this series in the first place was to dispel many misconceptions about technical analysis and behavioral finance, states JC Paret from AllStarCharts.com.

Before going into details, I think it is important to define what technical analysis even is and explain what are some of the differences between technical and fundamental analysis in the market. Throughout this platform, I use the word “market” interchangeably to describe all liquid capital markets, including the stock market, interest rates, commodities, and currency markets. The principles discussed here can be observed in each of these asset classes over both short-term and long-term time horizons.

In 1948, Robert D. Edwards and John Magee wrote what is today considered “the Bible of technical analysis”. Technical analysis of stock trends is the most influential book written on the process of interpreting the predictable nature of markets and the investing community. In this book, Edwards and Magee defined technical analysis as follows: “The study of the action of the market itself, as opposed to the study of the goods with which the market deals”. Much of what Edwards and Magee wrote in 1948 comes from the writings of Charles Dow more than 60 years before they were published.

Charles Henry Dow, who is widely considered the father of technical analysis, was the co-founder of Dow Jones & Company along with a man named Edward Jones. Although born and raised in Connecticut, Charlie got a job as a reporter in Springfield, MA when he was 21 years old. He wanted to write about companies, so he would visit them to ask questions. Since there was no Securities & Exchange Commission at the time (the SEC was created in the 1930s), companies were not obligated to answer questions. “My business is none of your business,” they told him. But Charlie was aware enough to see large sums of money moving in and out of stocks.

Charlie found that the majority of stocks of established companies tend to go up or down in price all together. Actions that bucked the financial tide were few and far between. It was rare for a stock to move against the trend in the overall market for more than a few days. If markets were rising, a large majority of stocks would rise, and if markets were falling, stocks would generally fall together. Although there were instances where some stocks would rise faster than others in good times, and some would fall faster than others in bad times, the fact was that the direction of these trends coincided with the management of the whole group. It was then and it still is today.

Charlie acknowledged that there were two corporate groups driving the economy. You had the companies that made the products, the producers, and you had the companies that transported those products, the railroads (remember that was right after the Civil War, so it was just the railroads who transported the products. Today, we have other delivery methods). In the 1880s, Charlie decided to create two averages: the Dow Jones Industrial Average and the Dow Jones Railroad Average. The original industrial average consisted of only 12 numbers, which was later increased to 20 in 1916, and then to 30 in 1928 (although the components have changed since then, the number count has remained the same). The other was the Railroad Average, which consisted of 20 railroad companies and was among the most dominant companies of its day.

Here’s a photo from the first edition of The Wall Street Journal in 1889 where Charles Dow started recording price changes in a column titled “Average Price Movements”:

Since the mid to late 1990s, technical analysis has evolved from hand-drawn charts to more sophisticated computer charting software. I am fortunate to start my career after computers had already taken over the role of plotting prices and price derivatives like momentum oscillators and smoothing mechanisms. But before computers, these charts were created by hand with daily calculated price data.

Here are the hand-drawn graphics of legendary technician Ralph Acampora from the 1970s that I found one day while visiting friends at the former headquarters of the Market Technicians Association on Broadway in New York: 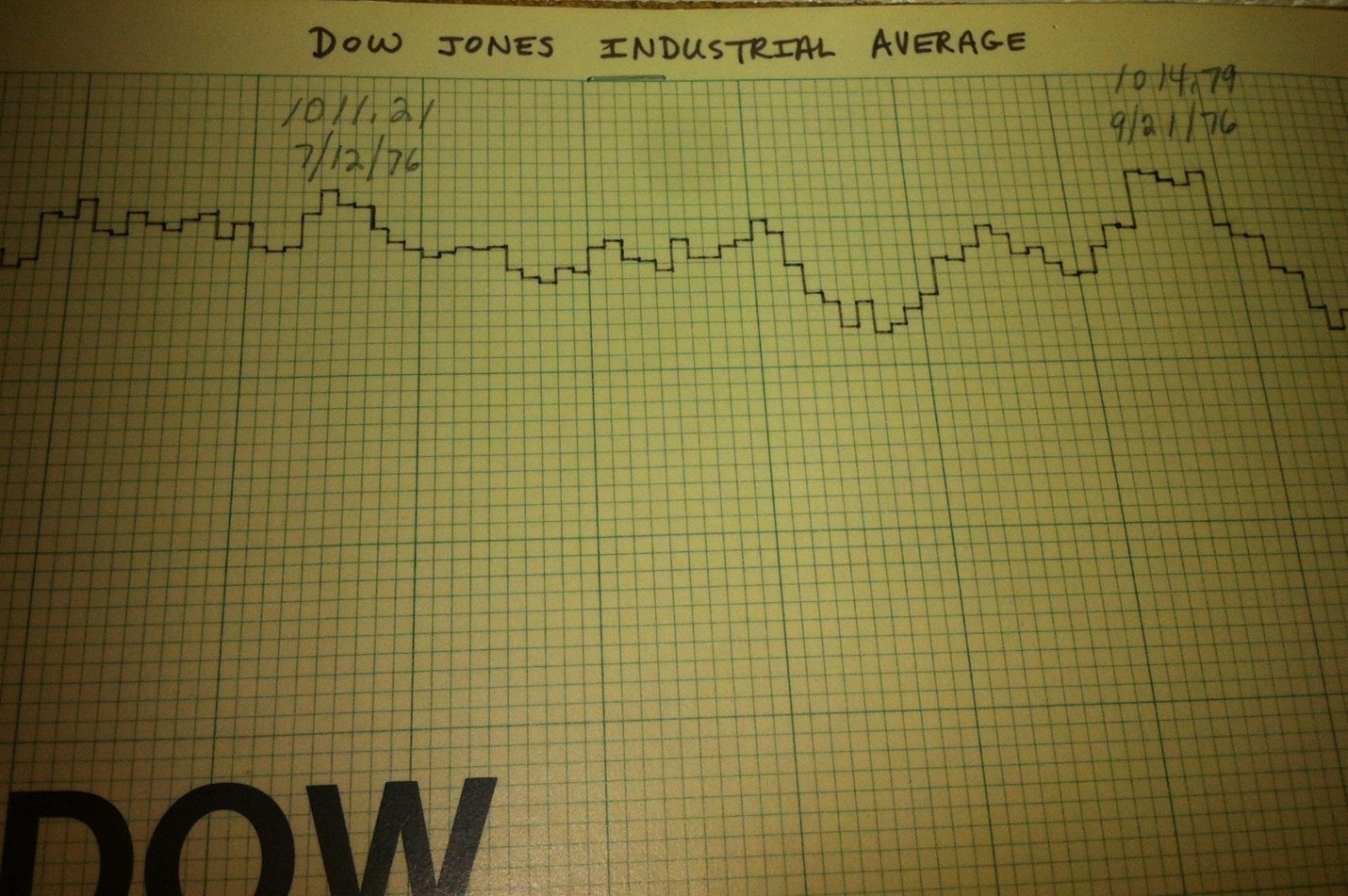 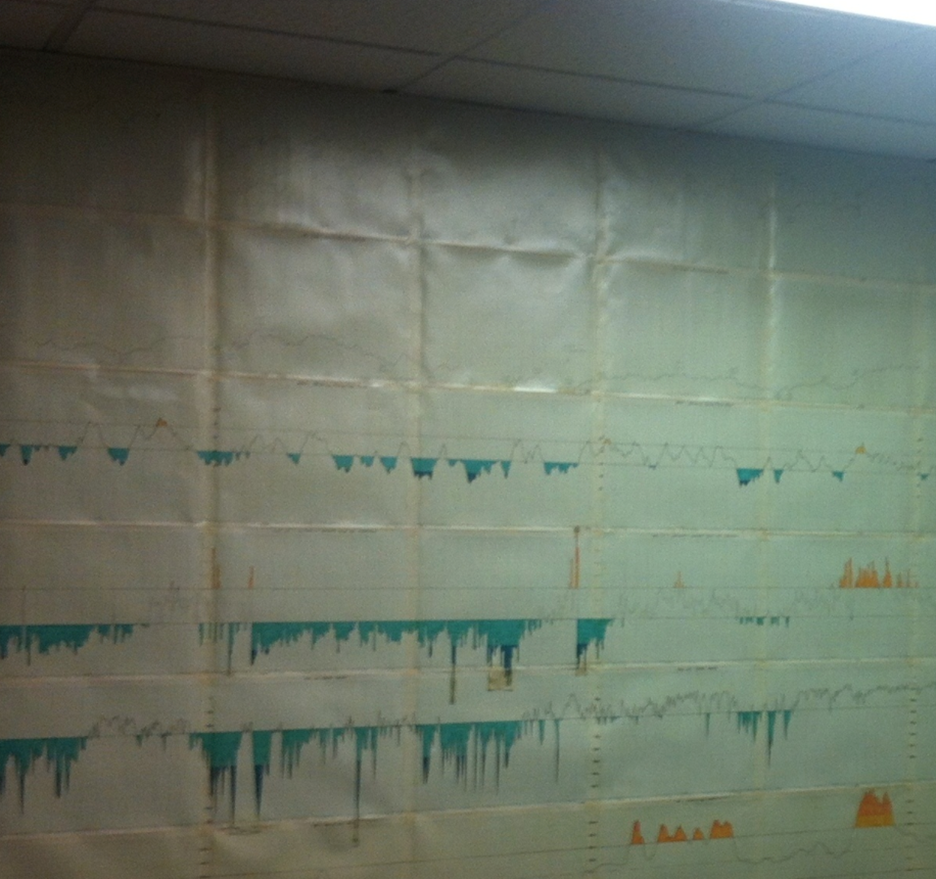 Technicians are often associated with charts or chart analysis. But it’s not so much that charts tell you what to buy and sell, it’s just that technical analysis studies changes in the balance between supply and demand. So it just so happens that the best way to visualize these balance changes is as a graph. This is why you will see many graphs throughout this search platform.

Some of the smartest people of the last hundred years have tried to master the market and failed miserably. The profits that can be made from successful participation in the market are enormous. It is therefore not surprising that world renowned analysts and even Nobel laureates have tried and failed to speculate in the market. Certainly, there have been many successes along the way, but they are the exception, not the rule. They put in 10,000 hours, as Malcolm Gladwell so eloquently put it in his book, Outliers.

To truly understand the principles of technical analysis, I think it’s important to be clear about the philosophy and psychology behind the supply and demand dynamics that make technical analysis possible in the first place. .

Market trend
An important concept that needs to be recognized is the trend of the markets. There is a much greater chance that a market trend will continue than there is for it to reverse. If a market is trending up, it is much more likely to continue rising than starting a new downtrend. Same thing in a downtrend. If prices are falling, there is a greater chance that they will continue to decline, or continue to underperform, than reverse and start a new uptrend.

Throughout this research platform, we will use various tools at our disposal to help us recognize that a trend may be changing. These range from momentum tools to sentiment to simple pattern recognition. But trend changes are often a process. Remember, prices are determined by large institutional money managers who move billions and billions of dollars every day. Trend changes are therefore more of a process than an event. Think of it like a cruise ship. These massive ships cannot simply reverse course with the press of a button. It takes time and some features can be recognized as the bend unfolds. The market behaves the same way.

These changes in trends reflect changes in the dynamics of supply and demand, which is dictated by human nature. The terms fear and greed are two extremes of human psychology that help drive these shifts in the balance between supply and demand. Whether it’s humans entering buy and sell orders, or human-built algorithms for buying and selling, these actions always reflect the mentality of fear and greed that is inside the human brain. Therefore, for hundreds of years, this behavior can be viewed through price chart patterns that repeat over and over again. Markets may change over the years in terms of execution, or perhaps the economic or political environment in different years, but ultimately humans are still the same and human emotions are what determine the price.
This is why the behavior of the market does not change.