Who makes history? Who writes it and who is in it? For Women’s History Month this year, Oprah Daily wants to honor women who have played roles outside the spotlight: grandmothers, resisters and teachers. We also return to characters we thought we knew, including the familiar faces of the Black Madonnas of France. One of the essays in this collection quotes Virginia Woolf, who said, “We look back through our mothers if we are women.” Review with us the remarkable women who have marked our history.

“We look back through our mothers if we are women,” insisted Virginia Woolf in her lecture “A Room of One’s Own”, originally delivered to a packed room of female students at the University of Cambridge. Woolf urged his audience to go home and start writing about their lives, their friendships, their mothers and grandmothers. For centuries, according to Woolf, women were deprived of knowing their history by historians who focused their research and stories on the public acts of great men. They have made no space in their history books for the daily activities of women, which are no less important – and of human interest – than the stories of kings and battles. She argued that it is within our power to create a history and a tradition of subversive writing that future generations could relate to.

Virginia Woolf believed that the history of ordinary women had been ignored for too long.

Woolf linked her frustration with the way the story is written to her experiences walking in her beloved city of London. At every turn she encountered statues of tall bearded statesmen, erected to celebrate their service to the empire. In her essays and novels, she writes powerfully about the disconnection of trying to find her own voice in a city that makes it clear in its very architecture that she is not part of its history, nor have previous generations of women who could have offered her examples as she asked how she wanted to live. But there was one statue in London that Woolf loved: an anonymous woman kneeling to pour water from an urn, outside the gates of Foundling Hospital on Guilford Street in Bloomsbury. The statue, discreet and peaceful, suggested to Woolf an alternative, hidden history to be discovered. “I would venture to guess that Anon, who wrote so many unsigned poems, was often a woman,” she wrote. This idea became the basis for a book she was writing at the time of her death in 1941: An Alternative History of England which would tell the story of Anonymous in English literature. His plan was to lay bare the social forces that shape life invisibly, giving obvious benefits and making life impossible for others of equal talent. It was a continuation of a central theme of A room for one‘s Owner, where Woolf referred to a fictional sister of William Shakespeare, a bright and ambitious young woman who was denied every opportunity offered to her brother, eventually dying, pregnant and unknown, at a London crossroads.

Behind the well-known male gods familiar from Greek tragedy and epic poetry lies a forgotten history of mother goddess worship.

At the start of the 20th century, women writers working in all disciplines – from historiography to detective fiction, from poetry to political philosophy – were shattering conventions about what “women’s history” might look like. The poet Hilda Doolittle, known as HD, was a devoted student of Greek literature. She imagines the voices of mythological heroines – Cassandra, Helen, Demeter – long confined to the role of muses, passive observers of their own stories. In HD’s extraordinary poetry, these women step out of their assigned roles and challenge their readers to imagine old tales from new perspectives. This project has reached its greatest achievement in its fragmented epic Helen in Egypt, in which Helen of Troy embarks on a journey of psychoanalysis to reassemble the fragments of herself scattered in the stories of men. HD was greatly inspired by the work of historian Jane Harrison, a pioneering scholar whose works shook up the classical establishment. Harrison has suggested that behind the well-known male gods of Greek tragedy and epic poetry lies a forgotten history of mother goddess worship. Harrison argued that women once served as leaders in cults dedicated to powerful female goddesses, whose shrines and legends were later reassigned to male gods, as women’s status in society eroded. gradually. Her meticulous research – drawing on cutting-edge findings from ongoing archaeological digs across Greece and the Middle East – has proven that women have been systematically excluded from history. 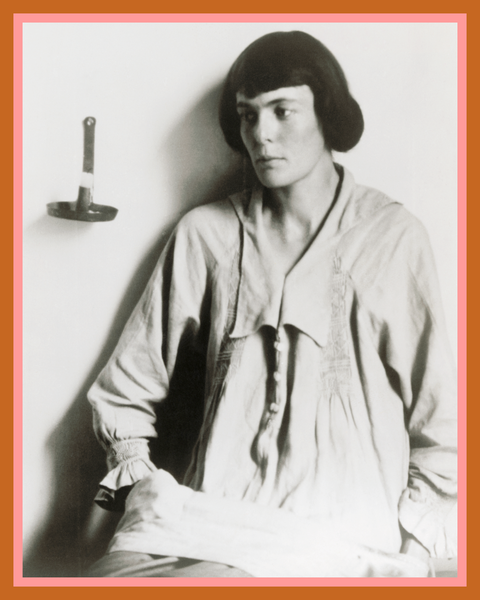 The poet Hilda Doolittle has endeavored to give voice to mythological women.

Harrison had a friend and enthusiast in Woolf, who proofread her work while she researched her own book. Woolf also noted in her diary that she was re-reading the work of economic historian Eileen Power, whose book medieval people had been a surprise bestseller when published in 1922.

Everyone was determined to write about women in a way that had never been written before.

Power was rising through the ranks as a researcher in economic history at the prestigious London School of Economics. She was an elegant figure who loved to baffle men with her ability to combine an interest in fashion with deep academic rigor. One of the first works of social history, written at a time when few historians had dreamed of investigating the daily lives of women centuries ago, Power’s book set out to tell the everyday stories of ordinary people : the nuns balancing their books as they prepare a feast for a visiting abbot, the peasant plowing his field, the working mother seizing moments of respite while her children are at school. It was a view of history centered not on ‘great men’, battles and politics, but on culture, women and communities. The focus on peace and community was highly suggestive for Woolf, writing her own story in 1941, in the shadow of a second European war. 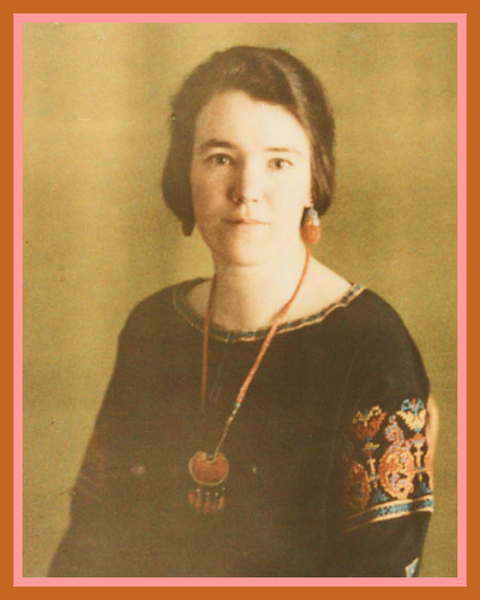 The determination to rethink the way history is written is not the only link between Woolf, HD, Harrison and Power. Between the two world wars, each of them lived in Mecklenburgh Square in London’s Bloomsbury, a bohemian neighborhood known for its cheap rents, artistic neighbors and proximity to the British Museum’s Reading Room, where everyone could s register for free to use its unparalleled collection of books and manuscripts. Intrigued by this coincidence, I wove their biographies into my own book, haunted squarewhich is inspired by the provocation of Woolf, in A room for one‘s Clean, to write the kind of story in which unknown women could find a sense of togetherness. In the square, these writers forged experimental and expansive lives, doing their best to establish household arrangements that would allow – rather than restrict – the intellectual freedom they all cherished. Each was determined to write about women in a way that had never been written before: by changing the way we think about the past and by radically re-examining what stories are included in history, they held up a mirror for the future so that women pushing the boundaries in any field can learn about their ancestry and hear them cheer us on.

Francesca Wade has written for publications such as London book review, JThe Times Literary Supplement, The Paris review, The New York Times and Granta. She is editor-in-chief of The white magazine and winner of the Biographers’ Club’s Tony Lothian Award. She lives in London. His book Square Haunting: Five Writers in London Between the Warswas released in 2020. 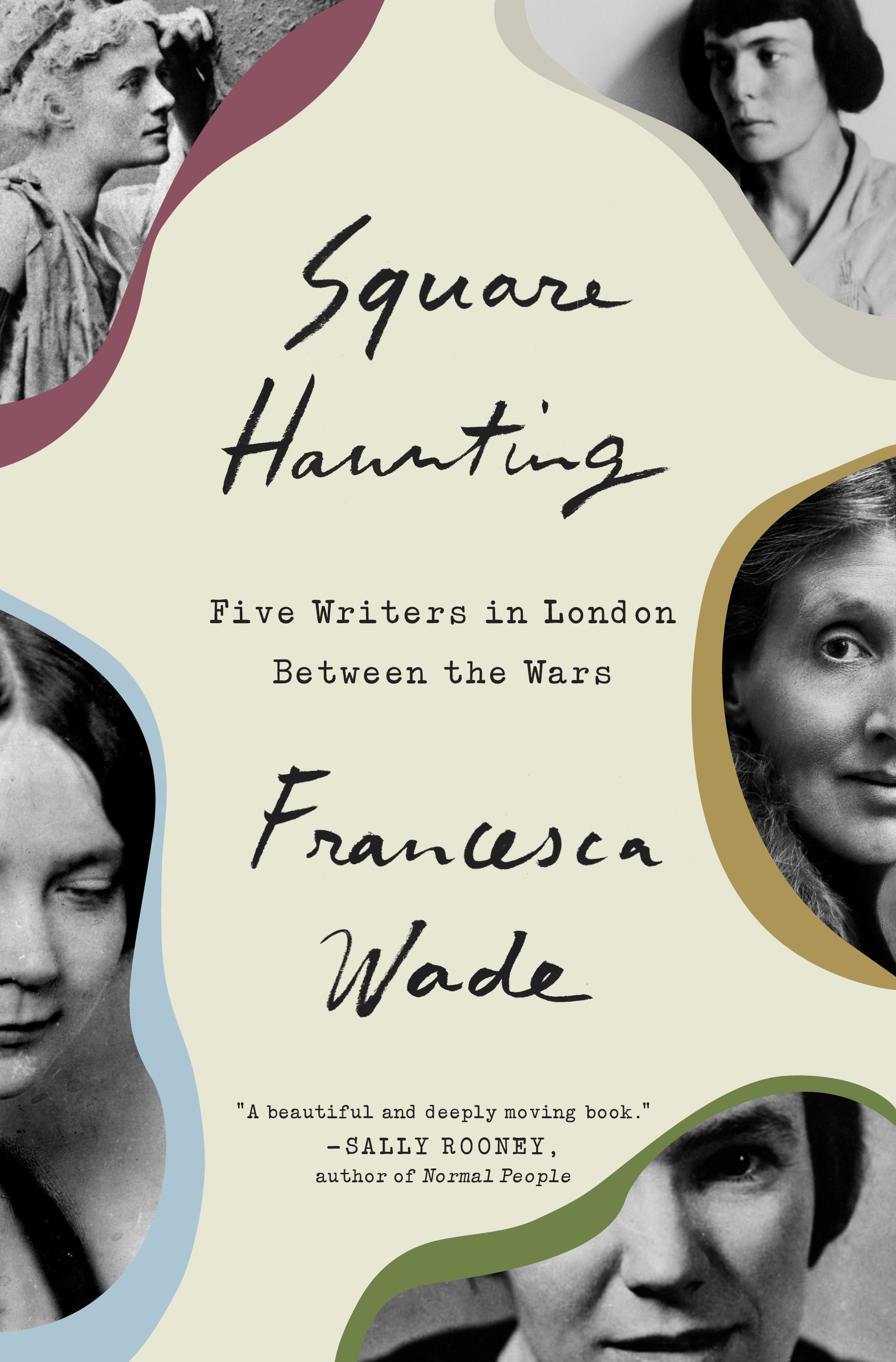 The haunting of Francesca Wade Square